By going into real estate, Slifer Smith & Frampton’s new broker George Streeter learned more about his late father than he ever imagined possible

Vail Valley native George Streeter knew his job was keeping him on the road too much. His nearly two-year-old son and three-year-old daughter were growing fast, and he felt like he was missing many important firsts. 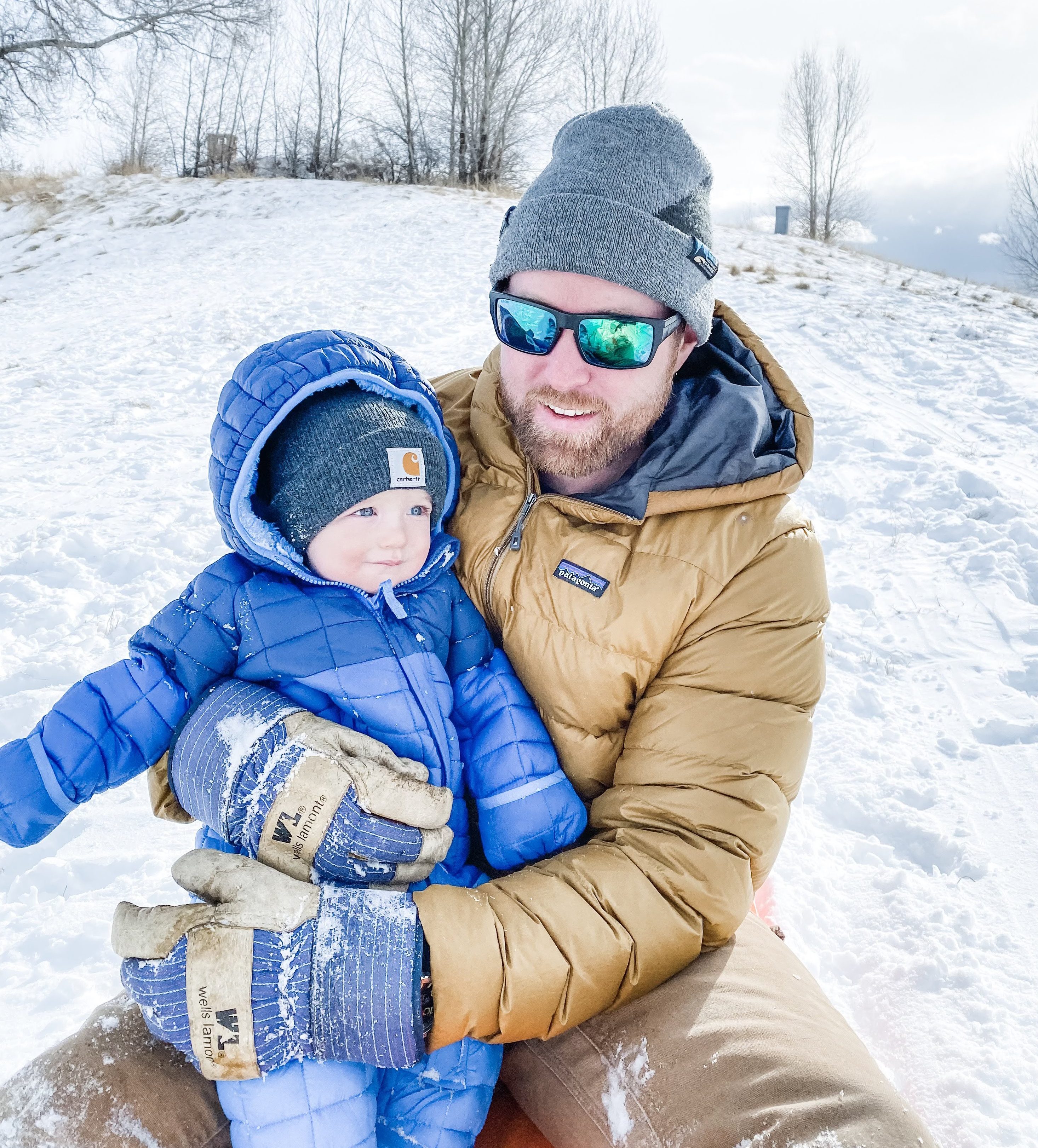 George would occasionally talk about pursuing a career in real estate, particularly with his friend and fellow SSF broker Brooke Horan-Kates. Both raised in the Vail Valley, Brooke and George were childhood friends who reunited in their adult years when their kids became pals. During barbecues and camping trips, Brooke would talk about how much she loved her job with SSF and appreciated the work life balance it afforded her with two small children.

“Although I loved my current job, I was gone a lot. I wanted to be home, show my kiddos all the amazing adventures this valley has to offer, and most importantly not miss those firsts,” says George. His father, Les Streeter, who was an Olympic ski racer and longtime local, missed most of George’s firsts because he and his older son Jake tragically died in a plane crash when George was only two years old. With his son – who is named Les after his dad – turning two soon, George couldn’t help but see some similarities. He decided it was time to switch careers.

“Brooke was my biggest motivator, and I soon found myself working toward my real estate license, studying late at night, after work and after the kids went to bed,” he says. Three months later, he received his license.

A couple days after making the decision to join SSF, and before he’d made any sort of announcement, George received an email out of the blue from one of his parent’s friends. Attached to the message was a picture of his dad, posing with his colleagues at Slifer & Company.  He was aware that his dad was just getting started in real estate at the time of his death, but he had no idea he worked for Slifer – and that he worked closely with one of SSF’s founders and longtime family friend, Rod Slifer. 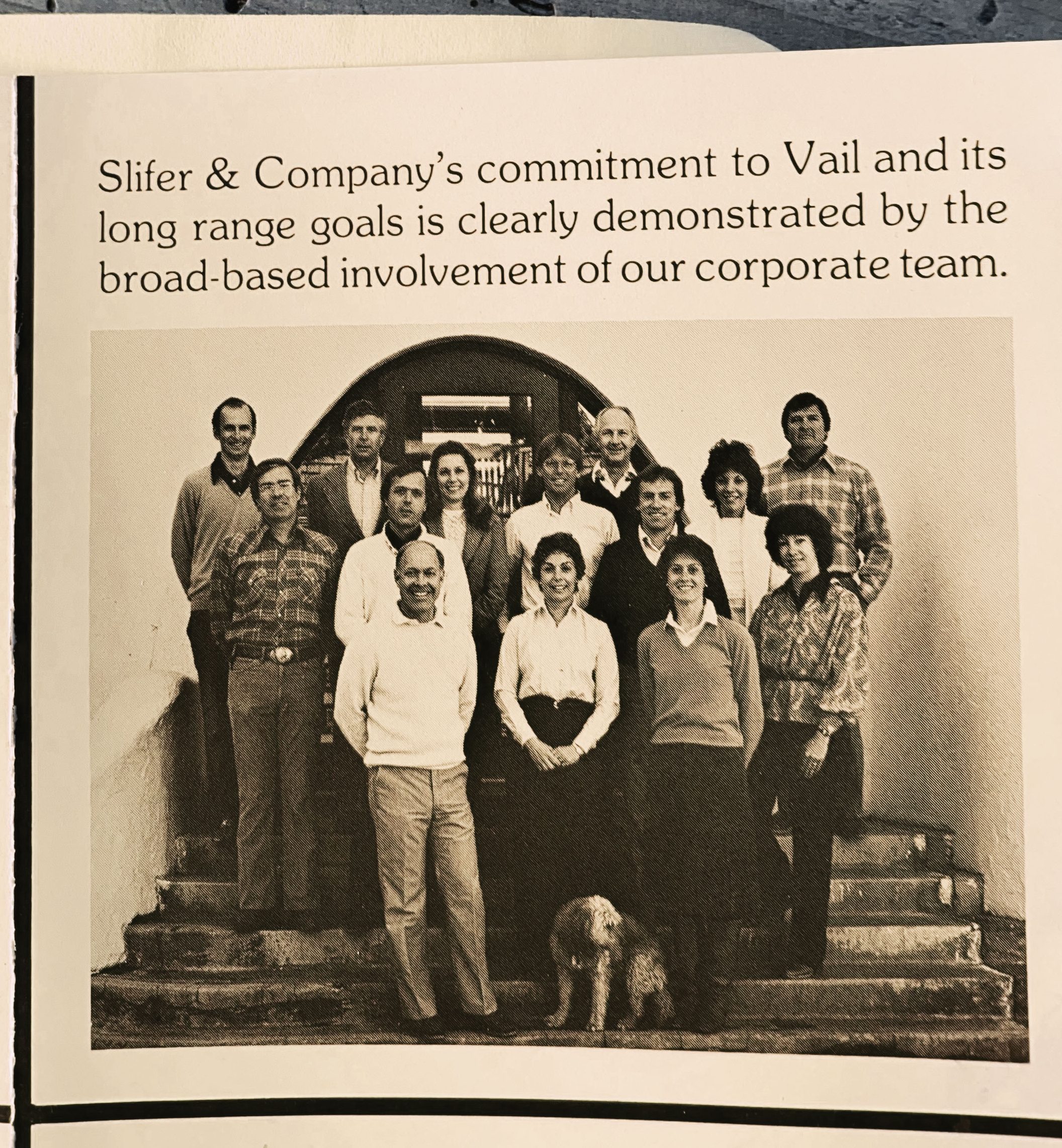 “It was an affirmation from the universe that I had made the right decision,” says George. His new career path seemed oddly serendipitous.

Lately, George is finding he has much more in common with his dad than he first thought. Les liked to be his own boss, live life on his own terms and always find ways to give back to his community. He was also typically a step ahead of the curve. After his Olympic career, he started a specialty ski retailer shop called Streeter & Quarles with fellow ski racer Jim Quarles. For a period of time in the late 1960s, it was the largest of its kind in North America. In the early 1970s, Les moved to Vail to open up another ski shop. At the time, Vail had not yet earned a reputation as one of the country’s best ski areas –that would happen a couple years later. In the early 1980s, realizing the opportunity for the valley to become home, or at least a second home, for people from all over the world, he joined Slifer & Company as a broker specializing in residential homes in the heart of Vail. Everyone at the Bridge Street office (which today is SSF’s Flagship office) used to joke that clients would walk in as a customer and leave as a friend.

“Les was one of those people who had a great personality and even better sense of humor,” says Rod Slifer. “He just had a way with people, always wanting to learn about them. These are traits that help a broker go from good to great. He was positive and worked hard at everything he put his mind to, whether it was running, skiing or selling real estate. George inherited many of these same qualities, and I know he’ll be very successful because of it.”

Although George is “just getting started,” a saying that’s become SSF’s unofficial motto, one of the things he likes so much about the firm is that it already feels like a family. After getting his license, he met with a couple SSF brokers and Didi Doolittle, who is the Eagle County Sales Manager. He immediately felt so welcomed. It seemed like a natural fit.

For George, this new chapter has also reopened some old ones. He is learning more about the incredible impact his dad made on the Vail Valley community. He’s also realizing more and more his desire to be like his father – a man he only really knew through fond memories shared by family and friends. Between ski racing (something George was quite good at as a member of Ski Club Vail), working towards his pilot’s license (Les also had his), and now real estate, he’s finding his passions are bringing him closer to his dad. And, he’s looking forward to following in his father’s footsteps as a steward in the local community. 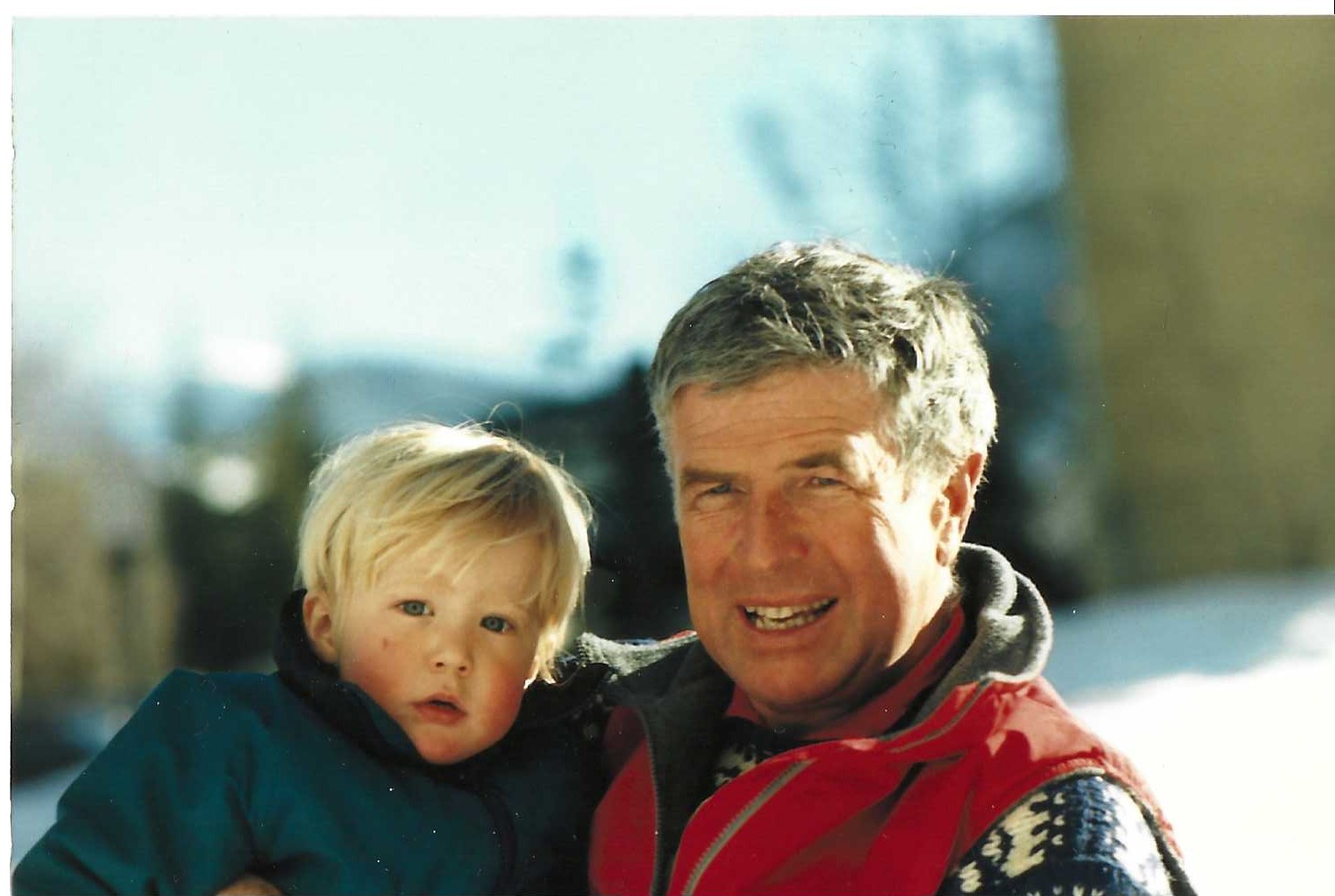 George equates real estate to ski racing. “You have to focus on your own goals and not be concerned with your competition. Hard work and commitment produce positive results. For me, it’s about human connection and finding those common threads and characteristics. Among many things, I want to be the type of broker where you walk into The Slifer House as a customer, and you leave as my friend…just like my dad.”